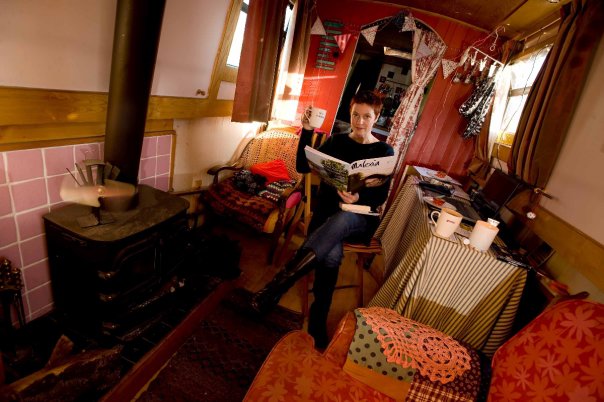 I’ve been far from canals this week, hiding away on Anglesey for a writers’ retreat – but I broke my fast briefly to visit London. At Kings Place, a step away from the London Canal Museum, the Canal & River Trust briefed journalists and broadcasters about their work with all kinds of artists. I was there to speak about poetry, but also to hear the presentations of Mark Wallinger and Megan Piper whose project The Line will bring public art to towpaths around the Greenwich Meridian – and Kaffe Matthews, who spoke about her Lock Shift Songs, an absorbing physical and sonic intervention for this summer. The Poetry Society’s Judith Palmer was there to lend powerful poetic support, and the press went away with new interest in the canal network.

These projects will bring in hundreds of new visitors to the canals, and many of them will be beginning a lifetime of discovery on the waterways. There’s a real sense of excitement, a feeling that CRT’s leap of faith in working with artists is paying off. It takes little imagination to see how culture can regenerate canals – but if in doubt go to Gas Street Basin in Birmingham, where bars and galleries cluster around the canal like giraffes around a watering hole; or the Kelpies in Scotland, where Andy Scott’s gigantic, dynamic sculptures are bringing in hundreds of new faces before the site is even officially open.

And why shouldn’t art bring people to the canal for the first time? After all, it did so for me. Fourteen years after I first read it, I’ve been asked to write the foreword for the book that first opened my eyes to the precious, complex system of waters where I now live and travel. It’s the 70th anniversary of LTC Rolt’s Narrow Boat – and a special reprint is planned by CRT. If our art has anything like the effect of Narrow Boat in making people look more closely at the canals, then it’s worth every minute of our efforts.

Here’s a narrow poem from a narrowboat dweller – not Tom Rolt, but me this time:

How to live on a boat

Walk slowly,
and quite often
sideways.
There is
no room
for books
for vases;
sentiment;
redundant shoes.

Within
the span of
a tall man’s arms
live lively as
a woman’s hands,
mindful of
one need
which can be met
by moving on;
and always
buoyant.