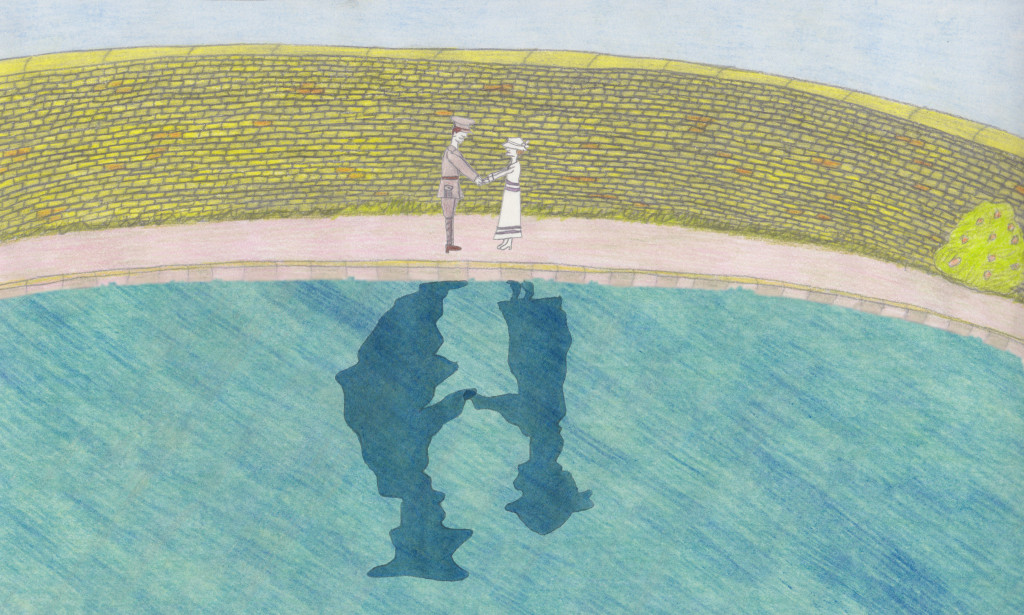 Thursday 2nd October is National Poetry Day, and the theme is ‘Remember’.

To mark the centenary of the First World War, the Poetry Society and Canal & River Trust have made a new film of a little-known poem from the Great War. The poem, by Marian Allen, was written in May 1917, a few days after she received the news that her fiance, Arthur Tylston Greg, had been killed in action. A Flying Officer in the Royal Flying Corps, Arthur was fatally shot in an air battle over St Quentin, and died on St George’s Day, 23 April 1917, aged 22. The heart-breaking series of sonnets that Marian wrote in Arthur’s memory were published as ‘The Wind on the Downs’.

In ‘The Wind on the Downs’ Marian Allen recalls their life before the war, especially the walks they used to take together along the canal towpath in Oxford.

‘The Wind on the Downs’ has been animated by Linda Hughes and voiced by National Theatre actress Olivia Vinall.

The Wind On The Downs by Marian Allen from The Poetry Society on Vimeo.